Wow, it seems as if its been forever since I last posted anything here. I have a cyclical work pattern. I’ll go from several free hours a week to almost none and then back again. It gets so bad at times (like lately) that finding 90 seconds a day to make sure I haven’t overspent my bank account is a real chore.

Also, averaging 6k+ miles a week of ground travel leaves very little time for hardly anything other than sleep. As a American Commercial Driver, I’m allowed to drive 70 hours per week, my co-driver is also allowed to drive 70, thats 140 hours between us. There are only 168 hours in a week, and time spent at rest areas, truckstops, and at our pick-ups and deliveries does an effective job at eating up those extra 28 hours.

As I write this, my co-driver is driving. We are approaching Fremont, Ohio on I-80. We switched out about nine hours ago at the Seneca Travel Plaza on the New York Thruway (I-90) after picking up a load in Freeport, Maine. We have another 30 hours to get from where we are as I write this, to Salt Lake City, Utah, approximately 1650 miles. Of those 30 hours, we will have 90 minutes of regulatory breaks, at least two fuel stops of probably 30 minutes each (a ‘quick’ gas-n-go is 12 minutes if we don’t have to wait on a pump or to leave) and three more stops to switch drivers, perhaps 3 hours overall. We are going to have to average 61+ MPH in the time we are rolling to make it on time. As you can see it keeps the stress up.

This morning, as we left a fuel stop in Fultonville, New York I spotted something… I had to stop and snap a picture of it. 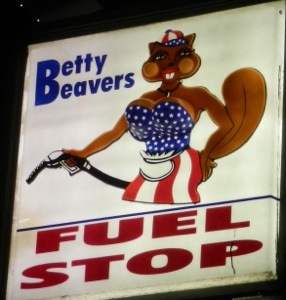 Something grabbed my eye, and it took a moment to see… So I took another picture. 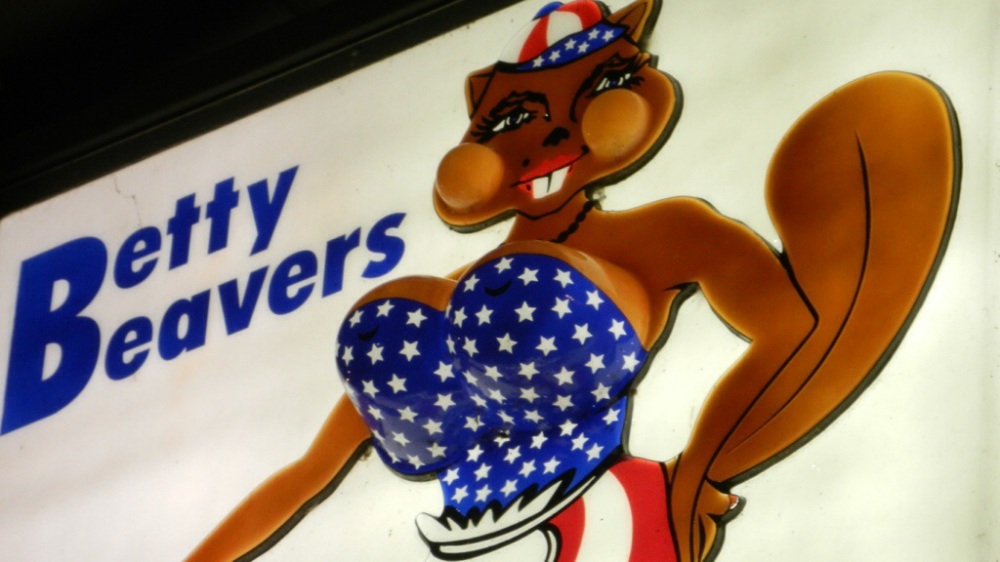 To my dawning astonishment, the sign is presented in 3-DD!

Now I didn’t fuel there, I fueled up at the Travelcenters of America next door, but seeing this put a stupid little grin on my face for a hundred miles.

An avid photographer and writer constantly on some quest about this vast continent. In search of damsels-causing-distress, dragons-to-rescue (from the damsels), and legendary on-time service! In all seriousness I am a long haul truck driver that enjoys photoblogging his finds in our world and who has a tendency to wax poetic.
%d bloggers like this: